A native of Oceanside, Long Island, Mark Sendroff graduated from Syracuse University and Temple University School of law and immediately started his law career at the firm of Bomser & Oppenheim in 1975, thereafter moving to the firm of Gottlieb, Schiff, Ticktin & Sternklar in 1979 and eventually becoming a partner of that firm until its dissolution in 1995, at which time he founded Sendroff & Associates, P.C. In January, 2007, he and entertainment lawyer Jason Baruch formed the current firm of Sendroff & Baruch, LLP.

Mr. Sendroff presently represents many of the talented artists whose work can be seen prominently in the areas of theatre, film, television and music. For the theatre, he represents the writers, directors and/or choreographers of such original New York productions as The Book of Mormon, Kinky Boots, Pretty Woman, Charlie and the Chocolate Factory, Trevor, On Your Feet, Honeymoon in Vegas, Plaza Suite (Revival), Beautiful: The Carole King Musical, Cinderella, Motown, Hairspray, Newsies, The Bridges of Madison County, Aladdin, Spamilton, Ann, Catch Me If You Can, In The Heights, Rock of Ages, Shrek, Disaster, The Addams Family, 13, Spamalot, The Drowsy Chaperone, Grey Gardens, 9 to 5, Dirty Rotten Scoundrels, Legally Blonde, Forever Plaid, Forbidden Broadway, The Last Five Years, The Full Monty, Andrew Lippa‘s The Wild Party, Emojiland, Full Gallop, Parade, Bring in ‘Da Noise/Bring In ‘Da Funk, Side Show, Little Women and Elf. He also represents the stars of such original Broadway productions as The Inheritance, The Father, Ann, Grey Gardens, Frost/Nixon, Tale of the Allergist’s Wife, They’re Playing Our Song, City of Angels, Merrily We Roll Along, Hollywood Arms, Barnum, Laughter on the 23rd Floor, Steel Pier, The Life and the Broadway revivals of Guys and Dolls, Bells Are Ringing, Pippin, Fiddler on the Roof, Grease, 42nd Street, Follies and Candide.

Film songs and/or scores written by Mr. Sendroff’s clients are included in Mary Poppins Returns, South Park, Lord of the Rings, When Harry Met Sally, Sleepless in Seattle, City Slickers, Sister Act, Beaches, First Wives Club, The American President, The Bucket List, The Nanny Diaries and the forthcoming In The Heights, Vivo and Tick…Tick…BOOM! For television, Mr. Sendroff represents the stars of such televisions series as Kidding, Bob Loves Abishola, The Americans, black-ish, The Nanny and Two and A Half Men, as well as the Executive Producers and songwriters of the NBC series, Smash and the creator of the book and Netflix series, Lemony Snicket’s A Series of Unfortunate Events.

As production counsel, Mr. Sendroff has represented many Broadway and off-Broadway productions, including two Tony Award winners, Raisin and Russell Simmons’ Def Poetry Jam, as well as 39 Steps, Naked Boys Singing, Newsical, Ma Rainey’s Black Bottom, Hurlyburly, The Foreigner, Quartermaine’s Terms and The Common Pursuit and in Los Angeles, Forever Plaid, Love Letters, I Love You, You’re Perfect, Now Change, Hedwig and the Angry Inch, Ruthless and Nunsense. He also was production counsel for the cult documentary film, Grey Gardens, and more recently, Straight Outta Tompkins, Gaytino! and The Show Must Go On!, the documentary about the life and career of the late singer/comedienne Kaye Ballard.

Mr. Sendroff also represents many of Broadway’s most sought-after designers, arrangers, orchestrators and music directors, as well as cabaret performers and actors, some of whom enjoy great success and some of whom have yet to achieve the success they seek. He is widely credited with having championed the cause of theatre arrangers and orchestrators by securing for these artists the right to credit and compensation for the use of their contributions beyond the conclusion of the initial production for which such contributions were created.

Mr. Sendroff has also lectured on theatre law for the New York State Bar Association, the New York Law Journal and Columbia University School of Law and served on the Board of Directors of the Manhattan Association of Cabarets. Recently anointed Broadway’s Top Legal Eagle by the broadwayworld.com website (http://bit.ly/BroadwayWorld-MDS-Interview) and awarded the ABIE Award for Generous Support of the Arts by the Abingdon Theatre Company, he has been named to the prestigious list of Super Lawyers published in the New York Times yearly since 2010.

Mr. Sendroff has worked as a professional actor and recording artist (introducing Kander & Ebb’s “Ten Percent”, cut from Chicago) and produced several recordings, most prominently, a collection of Johnny Mercer songs entitled Mostly Mercer, which he created as a showcase for his clients, coupling, for the first and only time, world class pianist/arrangers Michael Feinstein, Peter Matz, Tommy Flanagan, Marc Shaiman, Kenny Werner and Michel Camilo with such legendary vocalists as Rosemary Clooney, Eydie Gorme, Anita O’Day, Mimi Hines, Jennifer Holliday and in her first recording, Nancy LaMott. The album was named among the ten best vocal albums of the 1980s by Tower Records’ PULSE Magazine.

Mr. Sendroff is a graduate of Syracuse University and Temple University School of Law. Recent interviews may be heard at http://bit.ly/ProducersPerspectiveMDS and http://bit.ly/BehindTheCurtain-Podcast-MDS-Interview. 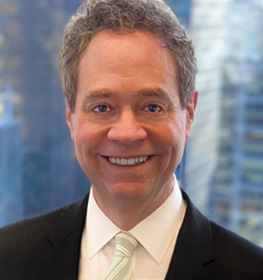 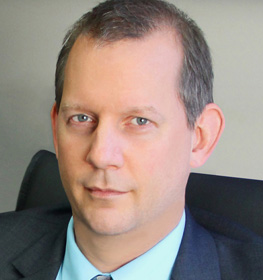 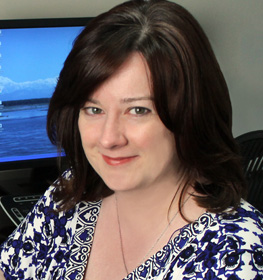